Today was a good day, our podcast Jelly Trumpet, ‘the World’s Only Comedy Podcast About Creativity’ was published on Apple Podcasts, Spotify and a few other podcast directories.

Arriving at this point has taken a lot of work and thought for myself and my technical wizard of a partner, Mr b. The website is live today, the social platforms updated and the pod hosting site, Buzzsprout is keeping an eye on the other podcast platforms.

How did This all Start?

I wanted to promote Conversion Detectives to a wider audience, to show off how creative the agency is for our clients. A podcast gives great reach and, when it works, engages with an audience.

When you create a podcast, it has to be about something you love and if it is for business then it should be relevant. I was a stand up / actor many years ago and so became fascinated and had a need for creative thought.

Edward de Bono, the creator of lateral thinking was an early hero of mine, his book about ‘thinking hats’ opened my eyes to the different types of thinking. Tony Buzan was the originator of mind-mapping. These two along with many others added to my quest to be as creative as possible.

Gene Perret was a chief comedy writer for some old school comedians. I picked up from him ‘setting a quota’ because dear reader this is at the core of creativity, that it is graft.

So, I have years of experience and floods of knowledge and I thought I’d put it to good use by helping others to become as creative as possible. I think that a force for good.

What Have I Learned?

Mr b, talented musician and sound studio owner and I have learnt a great deal. We had to get to this point with a chance of success.

Jelly Trumpet is a scripted show. O’ there are a few improvisations but not many, but that will come.

It takes me around 10 hours to write each episode (done at the weekend, so as not to interfere with my client’s work). Around 6 hours for the first draft. Then four more redrafts.

Recording time, difficult to access as we record the same feature for all 6 episodes at once. Let’s say under an hour, taking into account the fluffs.

Editing, that’s Mr b’s job. I expect each one (and he creates several mixes and produces in different file formats) is another three hours.

We’re using Buzzsprout which helps publish the podcast to multiple platforms. There was a hang up with Apple due to the artwork but we managed to sort that and then Jelly Trumpet was live in a couple of hours, the same for Spotify.

What I didn’t realise is some platforms can take days or weeks. Platforms like Google and Amazon are said to take a long time. We’ll see.

Each episode has a guest spot of around 12 minutes so you see it takes a possible 16 hours to produce a 32 minute show.

I Wasn’t Expecting That

When I first chatted to Mr b about recording Jelly Trumpet I thought it would take about an hour to record each one. Simple eh? Sit down with a microphone, strong coffee and bung some music on it.

Nope
Mr b insisted, quite rightly, on a stringent recording and mixing schedule. Which prompted me to bring out the best of my writing.

Mr b also produced original music and sound effects that created a ‘soundscape’ which I think is hard to rival. It makes the script live.

This has been a soft launch. 3 episodes are live and we’ll give it a couple of days and then start promoting the show.

It’s a learning process and we won’t be going overboard with promotion. Nope. Season 2 is when that will happen. Because of the delays 9 episodes were written in the background. Some episodes are very long and have been broken into two parts, so there will be 14 episodes of surreal creativity coming your way.

I used to plan all my creative writing. Jelly Trumpet has been written more spontaneously and that has been a great joy.

Season 2, the podcast takes off. Because it occurred to me that a podcast is a vehicle. A vehicle that can travel through time, space and media.

So, stay tuned for a podcast that lands in a Japanese computer game, in the world of Quentin Tarantino, Treasure Island, Bronte country and an old abandoned mansion. We also pick up Queen Eleanor of Aquitaine and a host of other characters…

We find the best quality traffic for your website and convert more of that traffic into sales or sales leads. 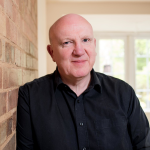 I’m a hybrid. Mainly a digital marketing consultant with a dash of writer. I’m a published author with a tv credit and I like to explain things and help people learn.

Latest from The Blog

"I know, my dear Watson, that you share my love of all that is bizarre and outside the conventions and humdrum routine of everyday life. "